The best way to help my clients achieve the change in body composition they desire is not to advise them to simply eat less and move more; it is important to look at them as a whole, using a holistic approach.

The first place to start is by looking at the Hierarchy of Metabolism; the hierarchy starts with the central nervous system (CNS), followed by the endocrine system and lastly the digestive system.

The CNS and endocrine system both work together as a messenger system to create balance within the body (homeostasis).

The CNS has 3 key elements – sensation, analysis and response.

Any sensations are detected by receptors around the body. The brain analyses these sensations and sends out a relevant response. Depending on the desired outcome a response may be delivered using hormones via the endocrine system.

The CNS can be split into two pathways – parasympathetic and sympathetic.

Parasympathetic – this is known as the rest and digest side of the CNS, the laidback, take it easy, nice and relaxed side of the CNS.

When the body finds itself in an internal stressful environment, the endocrine system will release stress hormones, i.e. cortisol and adrenaline. Insulin levels and other hormones such as oestrogen, progesterone and testosterone will also be affected. This causes further stress on the body; making the sympathetic nervous system work even harder, which affects the messages sent to the endocrine system even further. At this point, because the CNS and endocrine system are not functioning as they should be, the digestive system becomes affected.

As the digestive system is not able to fully function, nutrients may not be absorbed correctly. This means cells in the body are being put under stress due to lack of nutrients and minerals. This again affects the sympathetic side of the CNS.

The person’s body is in a continual cycle of stress. They may not even realise this is happening within them. Signs of being in this internal stress cycle include excess fat stores, difficulty in losing fat and being able to sustain any body composition changes that are made.

This is why it is really important to look at what is going on in the person’s life as sleep levels, stress levels, nutrient deficiency, the type and amounts of foods eaten and activity will all affect the metabolism.

Hormones control everything from metabolism, stimulating or inhibiting growth to affecting moods.

Unbalanced hormones overtime can lose their potency within the body. This loss of potency will cause the body not to ‘hear’ the message the hormone needs to deliver.

A common example of this is insulin resistance. In this scenario when insulin is produced in high amounts over a period of time the relevant receptors find it hard to ‘hear’ insulin’s message. In order to deliver the message and bring about the relevant response the body has to produce even more insulin. The more insulin that is produced the more the body will stop ‘hearing’ insulin’s message until it stops listening completely.

So, as you can see, there is a lot more at play when it comes to weight loss than just diet and exercise. Taking a holistic approach such as this allows you to identify any other factors that might be holding back your progress. 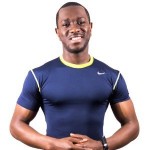 Sebastian Sutherland
Hello, my name is Sebastian Sutherland and I am a mobile health and wellness coach in Nottingham. I am very passionate about helping people to look great, feel amazing, move better and ooze with confidence, allowing them to be the best possible version of themselves.
Related Posts
© SEB Fitness - 2016 - Nottingham Web & Graphic Design. 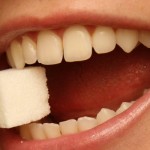 Why should you choose complex carbohydrates? 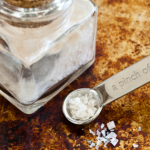